The Sovereign Pontiff of the Apostolic Johannite Church 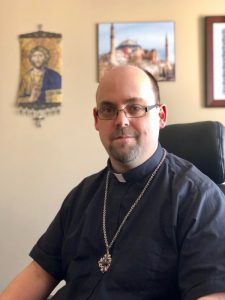 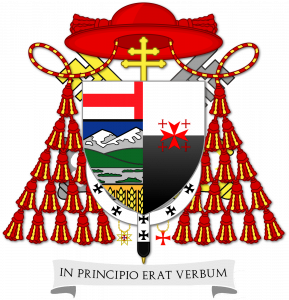 His Eminence
The Most Reverend
Shaun McCann, STL, OTSJ
in ecclesia IOHANNES IV

Sovereign Pontiff and Patriarch of the Apostolic Johannite Church,
Abbot, The Order of the Temple and Saint John
Primate, Ecclesia Gnostica Joanita of North America,
Titular Bishop of Ephesus

Originally consecrated on December 22nd, 2002 as Bishop of Alberta, Iohannes IV was shortly thereafter elevated to Patriarch and Primate of the Apostolic Johannite Church and has served faithfully in that role since July 23rd, 2003.

Since that time, Iohannes IV has led the Church through almost two decades of growth and development including expanding the Johannite Church to numerous centres across several countries, writing the All Saints Accord, establishing St. Raphael the Archangel Theological Seminary, redesigning the Priesthood Formation Program, producing a new edition of the Sacramentary, overseeing the translation and publication of the Levitikon: The Gospels according to the Primitive Church, as well as initiating and establishing the Church’s online educational media. He has also directed the formation of numerous clerics and lay leaders, and presided over almost two decades of Conclaves, the annual gathering of Johannites from around the world.

​He is a dedicated student of the Western Mystery Tradition, having been recognized as a Master of the Temple in the Ordo Sacrae Flammae and served previously as Grand Master of the Friary. He is also an Initiate and Chevalier in several Knights Templar and other Chivalric lineages, as well as a Martinist Free Initiator, Chevalier Bienfaisant de la Cité Sainte, Elus Coen, Master Mason, and a member of the Order of Bards, Ovates and Druids in the Druid Grade, among others.

In addition to esoteric study, he has also done secular training in Mental Health and Trauma Counselling, as well as in Non-Profit and Board Governance and is an avid reader of history, and enjoys writing and playing music when time allows, which is pretty much never.

Community of the Beloved Disciple
Digging under the Temple
The Primitive Church in the Modern Age
The Office of the Hours: What, How and Why?

1314: Jacques de Molay
The Fires of Montsegur
Signals vs Noise
Quest for the Grail
Legacy and Joseph of Arimathea
Mandatum
All the World’s a Stage
Easter Sunday: Return of the Light
The Lenten Season
Advent
The Catacombs of the World

Foreword to Sacramental Whine Vol 3
The Voice of the Divine – Order of Bards, Ovates and Druids