Ordination to the Sacred Order of Priesthood: Rev. Angie Wisk-Nowell

The Apostolic Johannite Church is pleased to announce the upcoming Ordination of the Rev. Angie Wisk-Nowell to the Sacred Order of the Priesthood for service with the Parish of St. Joseph of Arimathea. 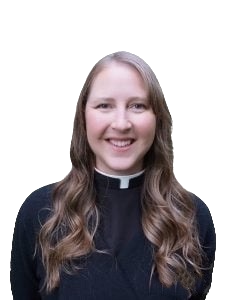 Angie was raised in a non-religious family but has been captivated by spirituality for as long as she can remember. She has practiced in a variety of forms of Christianity ranging from Evangelical, Mysticism, and Gnosticism.

When she discovered the concept of the feminine divine in Christianity she was hooked and has been exploring this deeply since 2006.  Angie has been a member of the Parish of St. Joseph of Arimathea since 2017 and was ordained to the Diaconate in September 2020. She holds a B.A. in History and an MBA. She lives with her husband and two small children in Calgary, Alberta.

The Rev. Angie Wisk-Nowell will be ordained to the Priesthood by the Patriarch of the Apostolic Johannite Church, the Most Rev. Shaun McCann, in ecclesia IOHANNES IV, during a celebration of the Johannite Gnostic Mass on July 22nd, the Feast of St. Mary Magdalene at 1:30pm.


Venue and concelebrants to be announced later on in the year.