The Apostolic Johannite Church is proud to present the twenty-first annual AJC Conclave – May 21 – May 23rd, 2021.

After twenty years of in person Conclaves – owing to a global pandemic and our wish to provide education and fellowship in a safe environment – Conclave 2021 will be entirely online.

Each year the people of the AJC, friends and family gather together to socialize, learn, build our skills and deepen our community. It is an amazing opportunity for spiritual growth and insight to modern Gnostic practice..

The venue and circumstances of our present moment may be unique but like with every year preceding it, Conclave remains a rich opportunity to deepen your practice, education and experience of Gnosticism and the Apostolic Johannite Church.

Conclave offers lectures, workshops and panel discussions selected to develop ministry skills, support the work of church leaders both lay and ordained and deepen and enrich the spiritual lives of attendees.

As always, we welcome you, no matter who you are or what your spiritual path, to join us for this unique week. You can come for all or part and participate as much or as little as you’d like. However you choose, we welcome you into our household.

Keynote Speaker: Dr. Glen Fairen – The Meaning of the Occult 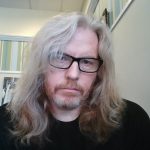 Dr. Glen J. Fairen is an instructor at the University of Alberta in the program of Religious Studies, where he teaches classes ranging from Method and Theory, the Historical Jesus, Apocalyptic Themes, and Studies in Witchcraft and the Occult. He also is the author of As Below, So Above: Apocalypticism, Gnosticism and the Scribes of Qumran and Nag Hammadi (2009). 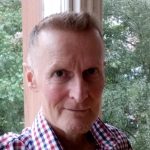 Stuart Douglas has had a life-long interest in the mysteries and completed his PhD in transpersonal psychology in parallel with a career as a systems analyst. His specialist areas of interest include the intersection of Jungian psychology and Gnosticism and, more generally, ancient wisdom, shamanic practice and contemplative traditions. When not pursuing these interests, or rendering unto Caesar, he spends his time hiking in the mountains somewhere or plotting his escape from the matrix

The Rev. Rick Beck – Spiritual Direction: Another Way of Knowing 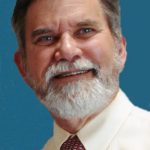 Rev. Rick Beck is a retired Moravian Pastor, serving for fourteen years with Good Shepherd Moravian Church in Calgary, Alberta. He earned a Masters of Divinity from Moravian Theological Seminary in 1986.

His current ministerial and spiritual focus is on the practice of Spiritual Direction, which he has explored for the past decade, now serving as an Instructor and Supervisor with the FCJ Centre in Calgary, Alberta

His Grace, Dr. William Behun, Primate of the United States – Why Gnosticism Now?: Myth in the Age of Scientism and Constant Chevillon: Modern Martyr 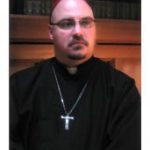 His Grace Dr. William Behun is Archbishop of Wisconsin and Primate for the United States of America for the Apostolic Johannite Church.  He received his Ph.D. in philosophy from De Paul University, and is the author of The Historical Pivot:  Philosophy of History in Hegel, Schelling, and Hölderlin as well as articles on a wide range of philosophical topics.

In addition to his duties within the AJC, His Grace also teaches philosophy in the Chicago area, specializing in Ethics and the History of Philosophy. 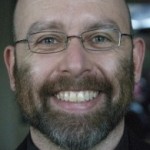 Bishop Tim Mansfield was ordained a priest in the Apostolic Johannite Church in May 2008 and a bishop in May 2012. He serves as rector of the parish of Saint Uriel the Archangel in Sydney, Australia and bishop of the diocese of New South Wales. In 2018, he created Johannite School – an online learning platform for introductory courses about the AJC, gnosticism and spiritual practice. Tim is passionate about communicating advanced spiritual and theological topics in understandable ways to a lay audience. 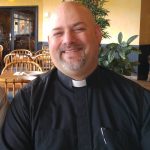 Bishop-Elect Rassbach has a degree in English from the Univeristy of Wisconsin-Madison, where he worked on a thesis on Philip K. Dick and his works. He also holds a Sacred Licencate of Theology from St. Raphael’s seminary, where he has delved into many topics in Modern Gnosticism.

He is an avid student of magical and mystic orders, modern ways of understanding ancient ideas, and the intersection of the traditional and the current. 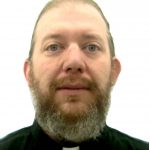 Bishop-Elect Jeremiah “Bray” Weaver has been a psychotherapist since 1997 and has taught hypnotherapy and counseling at a number of trade schools and colleges.  He was raised in the shamanic Church of Seven Arrows before studying Tendai Mikkyo Buddhism and finally finding a home within the Apostolic Johannite Church where he serves at the Parish of St. Mary Magdalene in Colorado.  Bray brings a lifelong study of the mind and subconscious from Soul Retrieval to modern hypnosis and psychotherapy.

The Rev. Deacon Jonathan Stewart – The Gospel of John and Sufism 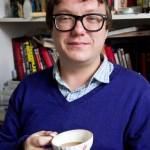 The Rev. Deacon Bryan Garner – The Church and Medieval Magic: Liturgy and the Classic Grimoires 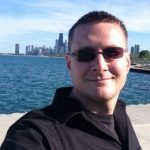 Bryan Garner has been an active member of the Apostolic Johannite Church for many years and is a practicing occultist and Grimoire traditionalist who has been involved in Western ceremonial magic since 1999. He is the author of Gateways through Stone and Circle, a manual of evocation for the planetary intelligence. He currently lives in Colorado with his wife and son. Besides his occult pursuits, he enjoys the outdoor activities of Colorado, studying Celtic myth and legend, and teaching at Kashiwa Bujinkan Ninjutsu Dojo, his Japanese martial art center.

Angie was raised in a non-religious family but has been captivated by spirituality for as long as she can remember.

She has practiced in a variety of forms of Christianity ranging from Evangelical, Mysticism, and Gnosticism.  When she discovered the concept of the feminine divine in Christianity she was hooked and has been exploring this deeply since 2006.  Angie has been a member of the Parish of St. Joseph of Arimathea since 2017.

She holds a B.A. in History and an MBA. She lives with her husband and two small children in, Calgary, Alberta. 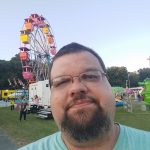 Rev. Mr. Joe Revels, a North Georgia native, was raised in the Evangelical Movement as a Southern Baptist. He felt a call to ministry early in life and dedicated himself to the service of God while still a teenager. However, his curiousity in outside streams of thought and this own values conflicted with those of his own tradition and he began seeking a spirituality that better fit his nature. He found such a tradition in the Apostolic Johannite Church and is happy to be able to bring its distinct style of sacramental worship to the Deep South.

Rev. Mr. Revels has a Bachelor’s degree in Religion and Philosophy from Berry College and is a member of St. Raphael’s Theological Seminary. He currently holds Minor Orders within the church and is undergoing review for Consecration to Major Orders. He is happily married with one daughter, a kitty, and a hamster. 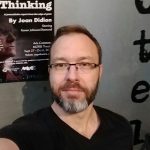 Jason Mehmel is a writer, producer and director living in Calgary. He is the Artistic Director for Sage Theatre. His directing work includes A Year of Magical Thinking, Legislating Love, King Kirby, A Beautiful View (Sage Theatre). He is also a speaker curator and coach for the TEDxYYC event. He has produced and directed short films, and writes comic books, including the anthology book FIGHT COMICS! (fightcomics.ca)

Jason discovered Gnosticism through a friend using the Nag Hammadi Codex as inspiration for D&D. That seems like a perfect encapsulation of his approach and connection to gnosis. He is continuously exploring mysticism and how it intersects with art.

Schedule is subject to change. All Times are US Mountain Daylight Time, GMT-6. All Registrations include access to a recording of registered session(s) once they are available (please allow time for processing and upload).

Step 1: Tell us how you’re participating

Email [email protected] to tell us:

Many of us seek a real spiritual community which is loving, inclusive, spiritually lively and empowering of people of all genders, races and sexualities, both rich and poor. The Johannite tradition represents just such a community: founded by Saint John the beloved disciple of Jesus, rooted in the tradition of John the Baptist and guided by direct, experiential contact with the Divine, this tradition encourages personal responsibility and freedom of thought and practice.more