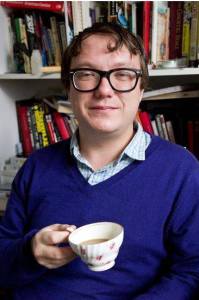 Meditation is a particular interest of Jonathan’s and he’s been meditating in both Buddhist and Christian traditions since he was a teen–this has come in handy as he married a Buddhist and is happy to have common ground in his interfaith marriage. He’s also a Martinist having joined the Ordre Martiniste Opératif Au Québec in 2011. His other interests include theatre, playing in indie rock bands, playing with his cat, and (even though he spent his 20s promising himself he’d never get into it) yoga.

Many of us seek a real spiritual community which is loving, inclusive, spiritually lively and empowering of people of all genders, races and sexualities, both rich and poor. The Johannite tradition represents just such a community: founded by Saint John the beloved disciple of Jesus, rooted in the tradition of John the Baptist and guided by direct, experiential contact with the Divine, this tradition encourages personal responsibility and freedom of thought and practice.more